Thoughts from the Global Evidence Summit

The Global Evidence Summit took place between 13th and 17th September 2017. The event saw over 1400 delegates from 77 countries gather in Cape Town, South Africa, to discuss how to use evidence to improve lives. 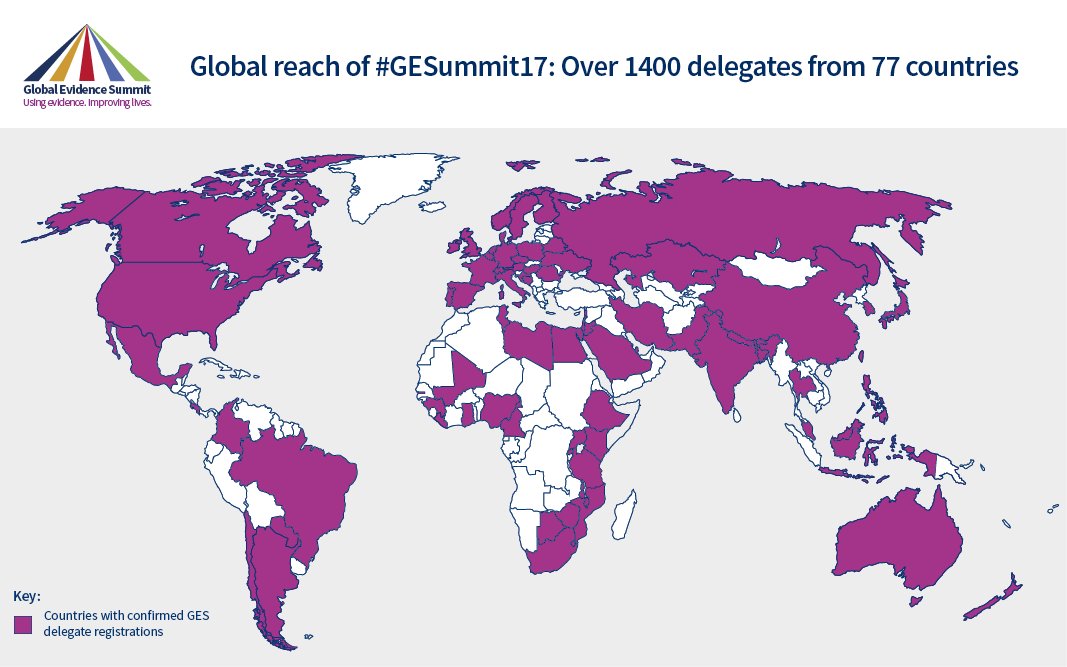 The Global Evidence Summit was the first of its kind; a huge collaborative conference between 5 international organisations; Cochrane, The Campbell Collaboration, Guidelines-International Network, International Society for Evidence-based Health Care, and Joanna Briggs Institute.

The theme for the conference was ‘Using evidence. Improving lives‘, and broadly aimed to advance the use of trustworthy research evidence in addressing the health and social challenges we face around the world.

Why I was at The Global Evidence Summit

I’m a PhD student at the University of Aberdeen’s Health Services Research Unit, and my primary research interests lie in clinical trial efficiency – put simply, I want to know how we can make the process of designing, conducting and reporting clinical trials better. By better, I mean evidence-based. My PhD work focusses on the process of recruiting participants to trials, i.e. improving the production of primary research evidence, but I’m also interested in how we implement the evidence we have into trials more generally.

The Global Evidence Summit started out as one of those things I thought I’d ask my Supervisor about, thinking I’d get laughed out of his office. I’m in my final year of the PhD, and whilst I’ve been lucky enough to attend numerous conferences throughout the course of my studies, the cost of a conference trip to South Africa seemed like it would be a stretch.  A few months later and I had secured a short oral presentation, a poster presentation, and I’d agreed to co-chair one of the threaded sessions.

Pre-Summit nerves and some tips for students attending conferences

Before the conference I was feeling a bit nervous, but mostly excited – I was going to South Africa after all! In terms of travelling to Cape Town, my flight from Aberdeen to London was delayed, meaning I missed my connection to Cape Town and arrived at the Summit 26 hours later than planned. This was actually a really good thing in the end. Missing the first day of the conference wasn’t great. The delay did give me time to look through the programme and get my bearings a bit more, meaning that when I eventually landed I was raring to get started.

I downloaded the conference app and made sure I knew where I needed to be and at what time; that definitely settled my nerves. Conference apps are popping up more and more, and as someone who runs their life through iCal, this was very useful. Much easier than looking through a printed version and having to flick back and forth to see if talks clashed.

Ok, so the conference was really, really brilliant. I always come away from conferences feeling excited and motivated to get back to work, but this one was different. This was undoubtedly the biggest conference I’ve been to before, but it also had a very clear global vision. I learned so much that I hadn’t even thought about before, I spoke to people I’d never have met otherwise, and by the time I left I was feeling very hopeful for the coming years – both in terms of my own career, but our ability to include evidence in global health challenges too.

My highlights of the conference were two of the themed days. Each of the days was themed with a particular topic, starting with a plenary in the morning, and then leading on to a number of threaded sessions that allowed you to delve deeper into specific parts of the theme.

Highlights: I’ve written an entire post over on my own blog on this, and the threaded session that I co-chaired (take a look here). This session in particular, motivated my own research ambitions. We need to be working in a cohesive evidence ecosystem, otherwise the work that we’re doing in our own little groups really won’t make the impact that it should. ‘Breaking Down the Silos’ was exactly what this session aimed to encourage. We heard from speakers with very different backgrounds, and listened to their own stories of how they had pushed for change in various sectors and research areas.

Speakers didn’t just focus on health – though that was the overarching focus of the conference. We heard from people involved in Education too, a sector that has had the luxury of starting an evidence ecosystem largely from the beginning. This insight gave me much food for thought; we can make the health evidence ecosystem so much better than it is currently. What’s missing so often is communication – talking to others outside of our field, to ensure that our work is spread and shared right through each of the stakeholders that may encounter its effects.

Saturday’s theme: EVIDENCE IN A POST-TRUTH WORLD: The evidence, ethos and pathos. How scientists can engage, and influence the public, press and politicians

Highlights: Again, I’ve written a more in-depth post about this plenary (take a look here). This session connected with my broad research interests and thoughts. I am passionate about public engagement and involving the public in science as a whole, and it was refreshing to see a topic like this getting such a substantial platform. We heard from 3 brilliant speakers (and an all female panel!), who each covered topics related to evidence communication – whether that be to the public, the press or politicians. The public persona of science isn’t always brilliant. We often have to battle with poorly worded claims or false headlines, and it can be frustrating.

This session didn’t dwell on the problems of these cases though; sure, the fake MMR/autism link was mentioned, but it was presented in such a way that it evoked ambition and drive not to let this happen again. Once the plenary was finished, it really felt like the audience had been galvanized to do something – and it was a pretty unique feeling walking out of the auditorium feeling like I was part of a community of scientists that can, and will, change the way we tackle global health issues by using reliable evidence to improve lives.

If you haven’t guessed from my glowing review of this year’s Global Evidence Summit; YES. I really hope that this conference becomes an annual event, particularly because of the diversity of the audience. I was able to network with guideline producers, public health tacklers, researchers like myself, third sector representatives, even patients, from all corners of the world. This diverse audience, and therefore diverse line up of speakers, really strengthened the program, and ultimately made the conference a complete success for me. The Africancraft sellers and gumboot dancing did help make the whole thing pretty memorable too! 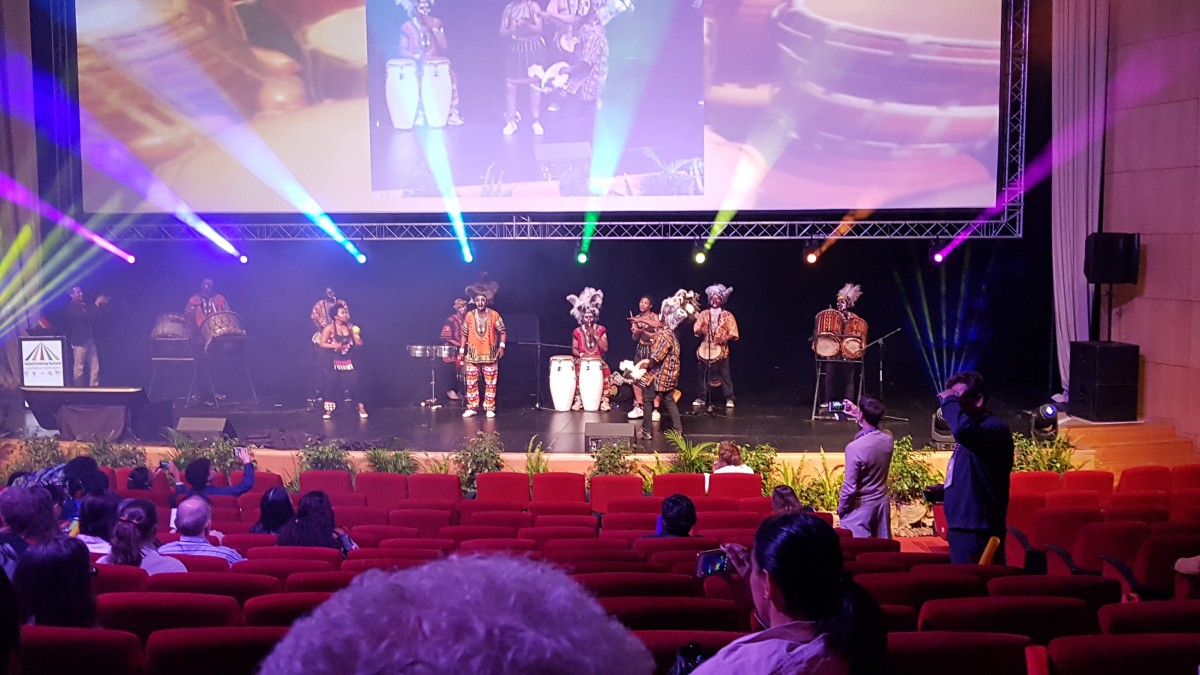